Muslims often Ask, "How Can Jesus be God?" 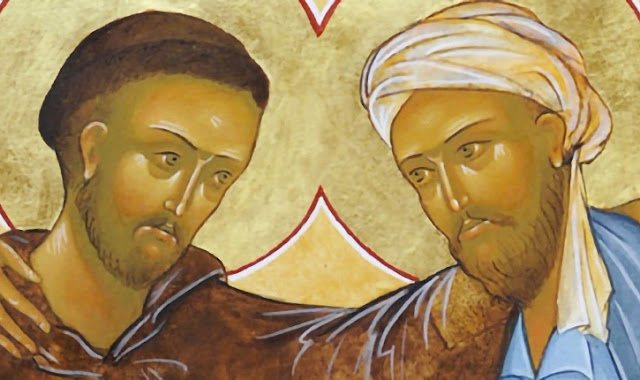 Muslims often ask, “How can Jesus be God?

Jesus makes statements that ONLY the God of Israel could make. In other words, Jesus was clearly saying that He was YHWH, the God of Israel! There is no possibility these statements could be made by a mere prophet. All of these scriptures go back 550-600 years before the Qur'an and were written by Jesus’ original followers who were EYEWITNESSES of the events they recorded. Here are some examples

There are 6 primary ways that defined YHWH as the ONE God of Israel in the ancient Jewish scriptures. The writers of the New Testament scriptures attribute all of these categories to Jesus.

1. YHWH is creator and Jesus is the creator of all things.

Gen 1:1 In the beginning God created the heavens and the earth
Col. 1:15-16 [w]He [Jesus] is the image of the invisible God, the firstborn of all creation. 16 For [x]by Him all things were created, both in the heavens and on earth, visible and invisible, whether thrones or dominions or rulers or authorities—all things have been created through Him and for Him

Acts 2:32-36 - This Jesus God raised up again, to which we are all witnesses.33 Therefore having been exalted to the right hand of God, and having received from the Father the promise of the Holy Spirit, He has poured forth this which you both see and hear. 34 For it was not David who ascended into heaven, but he himself says: ‘The Lord said to my Lord,“Sit at My right hand, Until I make Your enemies a footstool for Your feet.”’ Therefore let all the house of Israel know for certain that God has made known That JESUS is both LORD and Messiah—this Jesus whom you crucified.”

Matt 23:37 Jesus says - “Jerusalem, Jerusalem, you who kill the prophets and stone those sent to you, how often I have longed to gather your children together, as a hen gathers her chicks under her wings, and you were not willing.

Exodus 13:16 – The Lord brought us out of Egypt with his mighty hand….

Jude 5 – I want to remind you that the Lord [Jesus] brought you out of Egypt ….

1 Cor 10:9 – We should not temp Christ like the children of Israel did in the wilderness coming out of Egypt …

Isaiah 29:6 - The LORD almighty will come with thunder and earthquake and great noise, with windstorm and tempest and flames of devouring fire.

John 20:28-29 - Thomas responded to Jesus., “My Lord and my God!” Jesus said, “Because you have seen me, you have believed.[e] Blessed are those who have not seen and yet believe.”

Luke 19: 37-40 –The disciples began to joyfully shout praise God in loud voices, “Blessed is the King who comes in the Name of the LORD, Peace in heaven and glory in the highest!” The Pharisees in the crowd said to Jesus, Teacher, rebuke your disciples!” He replied I tell you, If they keep quiet the stones will cry out”

Matthew 14:33 Then those who were in the boat worshiped Him, saying, “truly you are the Son of God”

Luke 24:52 - Then they worshiped Him and returned to Jerusalem with great Joy


Muslims often object and say Jesus and God can’t both be God if there is only one God.

Actually YHWH of the Bible is much different than Allah. The God of the Bible has always revealed Himself as having multiple persons within Himself while being ONE God. YHWH revealed Himself as transcendent and invisible while being near and visible. All throughout the ancient Jewish scriptures YHWH always was seen as a God who came down into His creation to make Himself known seeking a relationship with His people. It’s actually Muslims who changed the identity of God into a monad (tawhid) much later but this was not what the earliest Jewish prophets taught.


1. Some verses don’t make sense without understanding there are multiple DIVINE persons of ONE God.
Gen 1:26 God Says Let Us make man in Our Image.

Genesis 19:24 Then YHWH rained down burning sulfur on Sodom and Gomorrah—from YHWH out of the heavens. (This only make sense if there are two distinct persons both called YHWH)

2. God was known as transcendent and invisible and yet men saw God many times. Jews of the 1st century were devout monotheists but understood this concept as multiple YHWH’s in one Divine Identity.

- In Genesis 3:8-9 God came down and walked in the garden calling out to Adam and Eve.

- In Genesis 18 YHWH ate a meal with Abraham

- In Exodus 24 seventy elders of Israel saw the God of Israel, ate in his presence, and lived.

3. In the Jewish old testament scriptures (Tawrat): The Word, Wisdom, and the Glory of God are shown personified and part of the ONE God.
- In Proverbs 8 “Wisdom” was speaking as a divine person who created the world.
-  In Genesis 15 The Word appeared as a person and talked to Abraham in a vision.

4. A divine being called the Angel (or Messenger) of the LORD was identified as YHWH 18 Times in the Old Testament.

i.e. - In Exodus 3 we are told that the Angel of the Lord appeared to Moses in the burning bush . Then the Angel spoke to Moses and said, “I am the God of your father, the God of Abraham, the God of Isaac, and the God of Jacob” (verse 6). - The Angel identifies Himself as God (YHWH)

Those inspired while writing the New Testament scriptures understood all visible encounters with God in the Jewish Old Testament as the 2nd YHWH who came down and became man in Jesus Christ.

Since YHWH had been coming down and showing Himself in a human form all throughout the Old Testament It made sense for Jesus’ first followers (the Apostles) to believe that Jesus was YHWH saying things like: He is the visible image of the invisible God. [Hebrews 1:3; Colossians 1:15]

Jesus said: “He who has seen Me has seen the Father; so how can you say, ‘Show us the Father’? Do you not believe that I am in the Father, and the Father in Me? John 14:9

YHWH who had been coming down since the garden of Eden. He became a man in Jesus Christ and died on the cross, rose again from the dead as a sacrifice for your sins. He did this so your sins can be forgiven, so you can have eternal life, and personally know Him.

Do you want to know God? Then you must know Jesus as both LORD and Savior! Start praying asking Jesus to reveal Himself to you. Start reading the Bible and find a Christian who can teach you how to be a disciple of Jesus Christ.