The Greatest Injustice: the Forgotten Glory of Christ 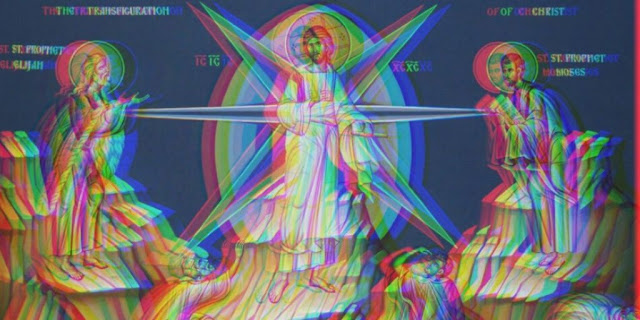 In today's world there is so much talk about justice.  Justice movements have exploded all over the earth.  People all over the earth are taking up a cause.  This younger generation can almost be defined and classified by what justice topic they identify with.  Especially if you walk around the college campuses.  Rallies of all sorts to create awareness of the oppression and mistreatment of 1000 different issues.  You can almost feel like you are drowning at times because of the great need of humanity that is being put before the face of the masses.

This seems to be doing a couple different things.  First it is clearly displaying that humanity's depravity is at its all time most debase state.  I think most people kind of think that humanity was much worse back in the "ole days" like the Romans or whatever.  No doubt Rome was its own worst enemy and destroyed itself from within because of its own lust for power and the pleasures of life.  However, we see the same trends of debauchery and oppression today as men get that same kind of power.  They oppress and suppress for more power and selfish gain.  sex trafficking, genocide, abortion, child pornography, drug use, suicide, etc are all growing and at all time highs.  Maybe this is because of the rapidly growing world population, but maybe it is just bound up in the heart of man to do these things.  Maybe there is a deeper issue called sin that is the real enemy...

Now at the same time that humanity's debauchery is being paraded for all to see; somehow there is a growing self-righteousness within the heart of man at the same time?!? Those that are taking action against injustice seem to feel so good about themselves... for they are the ones helping, they are the ones joining a cause. However this delusion of self righteousness forgets that those that are taking up a cause against injustice are still bound with up on the inside with the same issues they are trying to combat.  (i.e. men trying to fight human trafficking who still look at pornography; those fighting abortion who have murder (anger) in their own hearts towards their neighbor - Matt 5:21-26)

Even western evangelical Christianity is being more and more systematically categorized by certain political stances on issues of injustice and less and less Christologicaly centered. Now don't get me wrong PRAISE THE LORD that people are wanting to help the poor and oppressed.  But what seems to be the growing underlying trend is one of Humanism not of "Jesus-ism".  What I mean is that the sentiment to bring comfort to mankind is becoming a "gospel" in-and-of itself.  However, the biblical gospel is not man centered but Jesus centered.  Meaning the end of all things is not the happiness of man, but rather the glory of God.


It is a tragedy that all these things are happening.  It is tragic what is happening to humanity.  But in all actuality humanity deserves far worse than any of the worse suffering they are currently experiencing.  All of humanity deserves Hell forever and simply having the breath of life in the worst possible circumstance is mercy compared to the eternal punishment we all deserve.  However God weeps over the nations and it hurts His Holy heart what is happening, and sin and oppression is not His will.  He is so patient giving them another breath in their wickedness hoping they repent before they die and are sentenced to a lake of fire.  And Jesus the great missionary shows His reach for the wicked by taking on flesh and coming to seek and save the lost..... and so we must as well.

You know someone in one of the bible school classes I was attending the other day said the greatest injustice is the fact that people are going to Hell.  What???? There is nothing further from the truth!!! Wicked men going to Hell is the very essence of perfect and good justice and God is the one who sends people to Hell.... Is God unjust?   I couldn't believe such a humanistic statement was coming from a fellow bible school student.  That sparked a debate in class on what the greatest injustice is.    I once heard someone say that God doesn't send people to Hell but rather sin sends people to Hell.... WHAT??? is sin greater than God?  Is sin a divine being who is sovereign over humanity?  I also once heard someone say that God doesn't really will to send people to Hell?  Then why does He do it?  You know the book of revelation and some of the psalms point to a day when we will go and look at the people suffering in the lake of fire with no hope of escape and it will cause us to worship and say "just and true are all your ways!!!"

The greatest injustice in the earth is the fact that the God of all glory created the earth for His glory but instead He is constantly being mocked by His own creation (i.e. Ps. 2, 14, 53, 94; Is. 24; Rom. 1). The Lord is and always has been all glorious and completely worthy to be praised for who He is; yet He receives such a tiny amount of true worship & glorification from the earth. At any given time across the earth how much true worship is really rising before His throne? The lack of glorifying praise is more than a tragedy or a catastrophe it is an utter abomination. Think about God creating something and then that something actually hating Him and not being thankful for the very breath of life in its lungs (Is. 53:6; Zeph. 1 Ps. 53, Eph. 2:1-3)!?

Does this offend you?  Then you don't know the glory of God.  Because when one is confronted with His glory all things become clear.... all things were created by Him, through Him, and FOR HIM!  We exist for the Glory of God, God doesn't exist for the glory and comfort of man.  It is a tragedy beyond comprehension that people that God made in His image suffer greatly and will be sentenced forever to a lake of fire but it is infinitely more tragic that Jesus is not being worshipped continually and incessantly in every place. The fact that the nations are defaming His glory and character is an abomination so great it is a total mystery that He sustains the breath of  humanity to continue speaking blasphemy.  On the other hand the most just & right act I can possibly do is to open up my mouth and glorify God and live a life for the sole purpose of His Glory.  Night and Day prayer and worship is the greatest and most true justice movement in the earth because it is focused on giving Jesus the glory due to His name.  The end of all things is the glory of God expressed through the worship of the church.   I don't mean to sound cynical towards every other justice movement but if its not Jesus its not justice.  If the poor don't end up living for the glory of Jesus through me feeding them then I am just giving them a bowl of soup on their way to hell. (Im not making a praxis statement, but rather a theological one... obviously we need to feed the poor.)

My burden is that we have lost the understanding of the grander of the glory of Christ.  His glory is not bearing down upon His church evoking a normative response of night and day prayer.  We don't carry an intrinsic conviction that we exist to worship and glorify Him.  We don't  Worshipping Jesus night and day seems so foreign, it seems so useless.  I have heard so many times.... I have better things to do then to sit in a chair and sing worship songs.  WHAT?!?! How could a believer actually say that?  I mean... haven't we been saved from a lake of fire by His precious blood?  Shouldn't that in and of itself evoke an explosion of high praise that should never stop? Do we the church think we exist to help people....  Do I exist for man's needs or do I exist for the Glory of God?  I know that I can glorify God while serving the poor (for Christ did) but are we touching the poor because we are under the conviction that Christ must be worshipped and glorified from their mouth or are we just driven by human sympathy?  You know I have conversed with Missionaries that say that the poor of the earth are not at all the poor in spirit and many times they are so hardened and embittered and feel so entitled to help that they are miserable to work with.  If we are going to raise up a true justice movement that is going to glorify Jesus then we must be driven from a much deeper place then human sympathy.  But if we are motivated and deeply committed to Jesus being worshipped in every place when we face rejection and mistreatment from the very people we are trying to touch we won't get offended and stop trying to reach them - for may the lamb receive the reward of His suffering.

Oh I pray that we would see the Glory of our precious Jesus and that we would worship Him incessantly and continuously night and day as well as being trust to the hardest and darkest places on the earth to seek and save the lost.
Fighting for Justice Night and Day Prayer Theology of Judgement