Prayer as a Vocation? 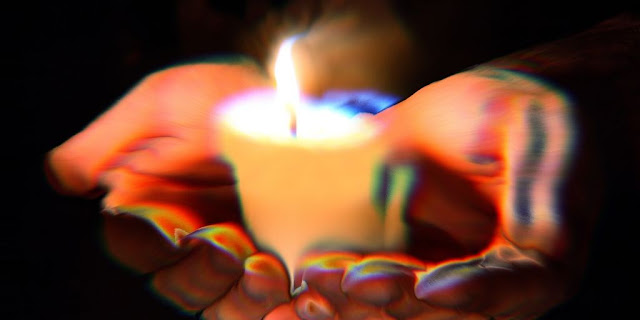 Over the years I have had people ask me why I raise support and ask people in the church to fund my vocation of prayer?  They have asked me if prayer is a valid full time occupation? Or where you  do we find vocational prayer in the bible?  Well... first of all Yes we do find vocational prayer in the bible.  King David actually personally funded many singers & musicians to sing and pray the psalms as their main occupation.

These are the singers, heads of the fathers' houses of the Levites, who lodged in the chambers, and were free from other duties; for they were employed in that work day and night. I1 Chron. 9:33.

Also, here are a few new testament examples:
There was also a prophetess, Anna, a daughter of Phanuel, of the tribe of Asher. She was well along in years, having lived with her husband seven years after her marriage, and was a widow for 84 years. She did not leave the temple complex, serving God night and day with fastings and prayers. Luke 2:36-37 - Now, this doesn’t say that she was “funded” occupationally to pray but its clear that the Lord made a way for her to be freed up from other things in life to give herself to full time prayer for her entire life.

3 Support widows who are genuinely widows. 4 But if any widow has children or grandchildren, they should learn to practice their religion toward their own family first and to repay their parents, for this pleases God. 5 The real widow, left all alone, has put her hope in God and continues night and day in her petitions and prayers; 6 however, she who is self-indulgent is dead even while she lives. 7 Command this, so that they won't be blamed. 8 Now if anyone does not provide for his own relatives, and especially for his household, he has denied the faith and is worse than an unbeliever. 9 No widow should be placed on the official support list unless she is at least 60 years old, has been the wife of one husband, 10 and is well known for good works-that is, if she has brought up children, shown hospitality, washed the saints' feet, helped the afflicted, and devoted herself to every good work. 11 But refuse to enroll younger widows; for when they are drawn away from Christ by desire, they want to marry, 12 and will therefore receive condemnation because they have renounced their original pledge. 13 At the same time, they also learn to be idle, going from house to house; they are not only idle, but are also gossips and busybodies, saying things they shouldn't say. 14 Therefore, I want younger women to marry, have children, manage their households, and give the adversary no opportunity to accuse us. 15 For some have already turned away to follow Satan. 16 If any believing woman has widows, she should help them, and the church should not be burdened, so that it can help those who are genuinely widows. 1 Timothy 5:3-16

Now at first glance you might ask me what does this passage about supporting widows have to do with vocational prayer?  Now, I understand that Paul’s main point in this passage is the church’s role in financially supporting widows  and not necessarily the necessity of funding prayer but it is very interesting the very first thing that Paul says: The real widow, left all alone, has put her hope in God and continues night and day in her petitions and prayers.  You know the new testament is very quiet about the details of who should or shouldn’t be given church offerings.  We have a few references to elders worthy of receiving support (1 Tim. 5:17-18), a mention that missionaries (Apostles which means "sent ones") going to preach the gospel should be supported (phil 4, 2 cor 9, acts 5 etc), we have the offerings being given to the church in need in general (2 cor 8,9; acts 2,11) we have a few references especially by Jesus to give to the poor  (or for that matter anyone who asks anything from you) and here we have a widow who engages in day and night prayer as one who should be funded.  I think later Paul speaks about not funding younger widows so that they don’t renounce their previous pledge?  So what is this previous pledge?  Well it seems implied that when one became a widow and didn’t have a family to take care of her then she would pledge to engage in night and day prayer and good works and then she would be placed upon the official church support list dare I say as and “intercessory missionary”.  Meaning a fully funded person of vocational prayer.  Am I reading this into the text?  Well, maybe a little but just for perspective, in the new testament there is not a single mention of funding a worship leader as a full time occupation, funding a “pastor” or administrative people to help run our ministries.  Now you might say well of course not our culture was very different than back then...... But was has to be striking to us is that there is an example of someone who pledges to pray night and day and do good works and that they should be placed on a support list but there is not a single N.T. reference to funding 99% of our western christian church employees.  Does this mean its evil to fund a janitor with church funds?  Well of course not, But I would say it is evil to say its not biblical to fund someone to pray full time.  This modern argument that didn’t exist for most of church history is exposing nothing but a prayer-less culture and a lack of priority on prayer that was very clearly present within the Apostolic church.
Night and Day Prayer